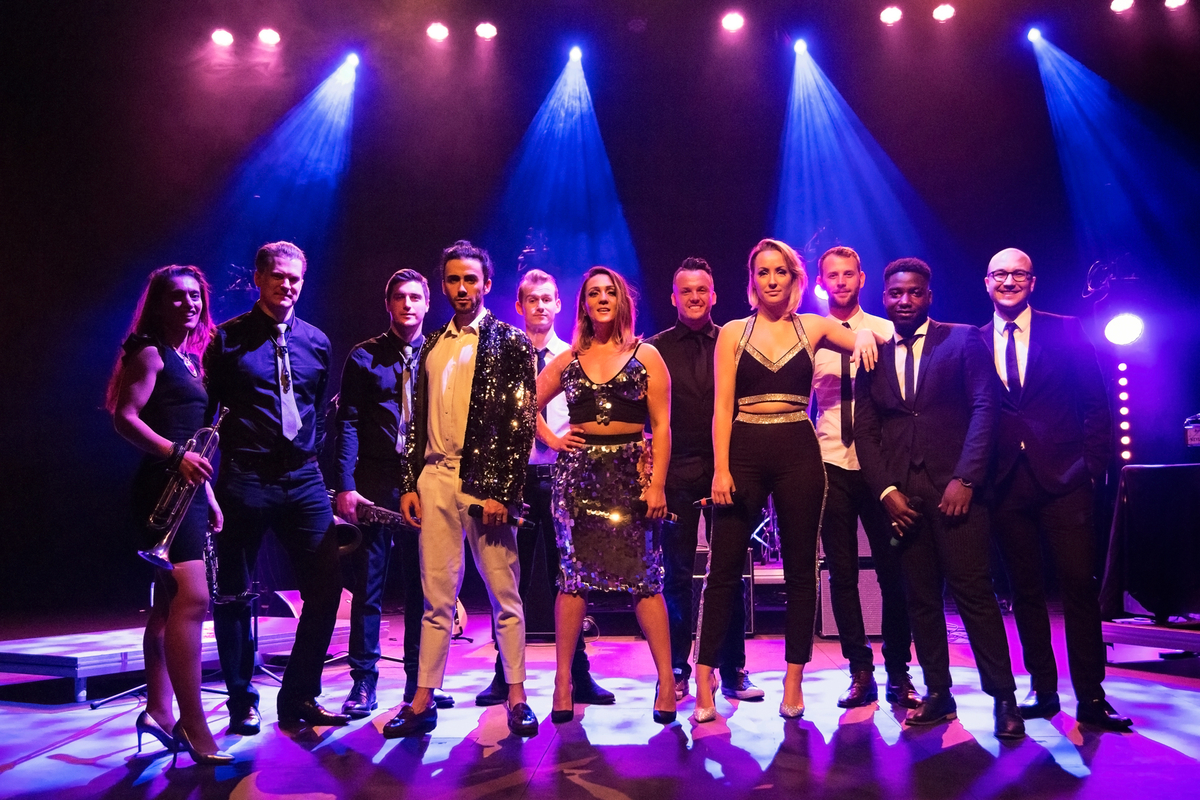 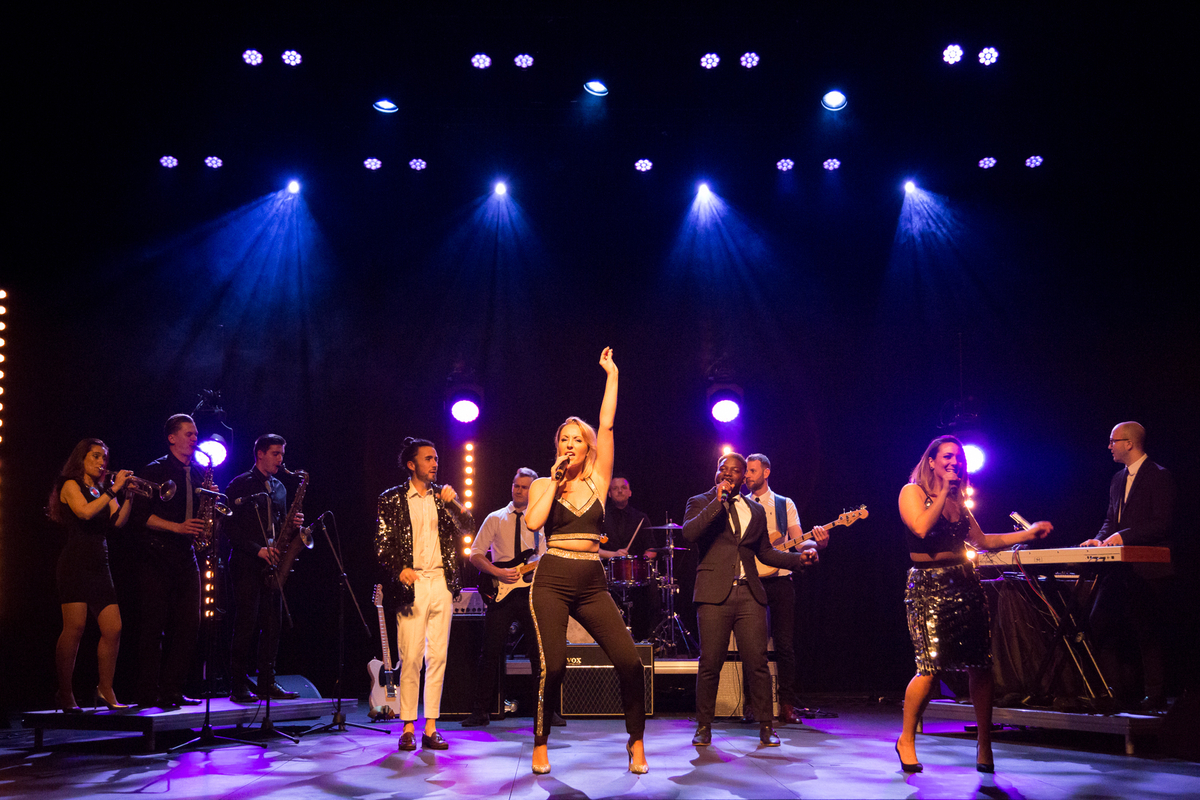 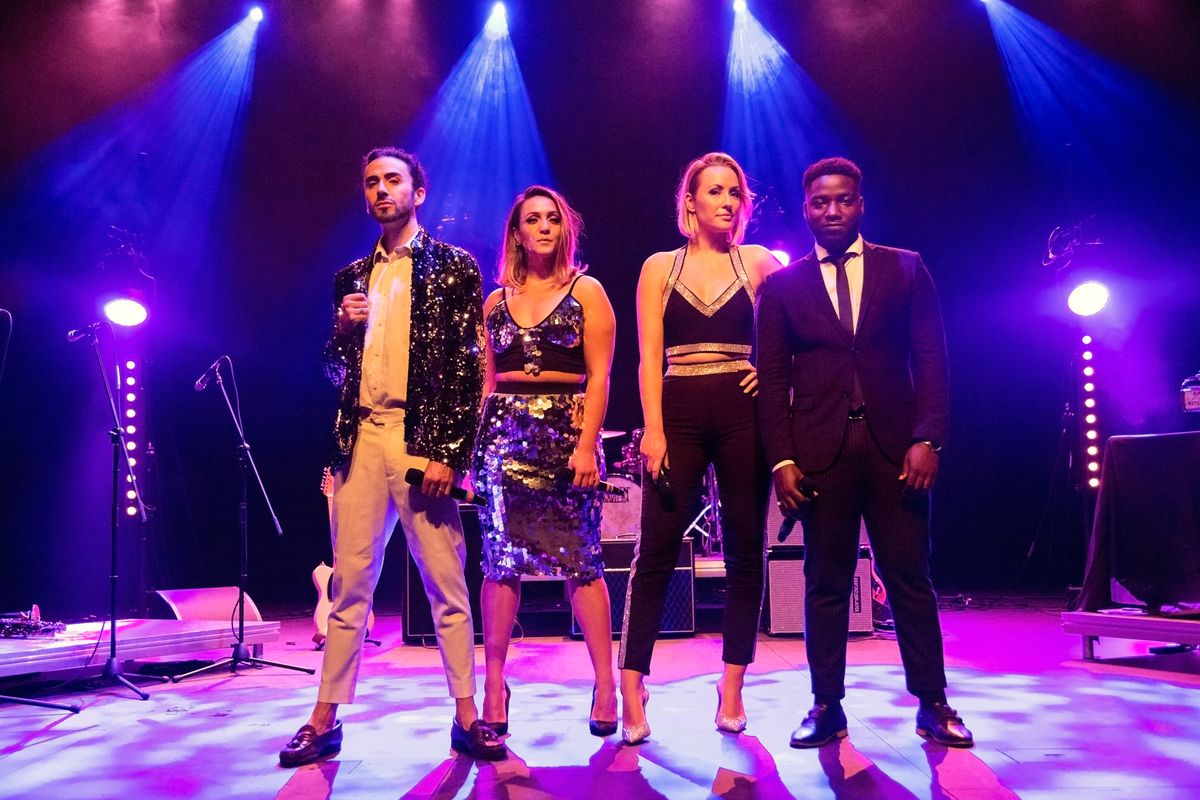 Introducing the finest band on the London scene. New Groove have fused
stunning vocals with a super tight rhythm section and razor sharp horns to create the
ultimate band for any event.
Performing throughout the UK, Europe and UAE, the band is an entertaining, highly
skilled and versatile; available to hire for corporate parties, award shows, product
launch parties, film premieres, anniversaries and weddings. With clients such as
Virgin, Microsoft, Google, PWC and Campari, they have established themselves as
one of London's premier entertainment acts.
Musicians performance credits include Elton John, Years and Years, Sigala, Heaven
17, Beverley Knight, Jamiroquai, Ed Sheeran, Years and Years, Jools Holland,
Ariana Grande, NYJO, RSC as well as numerous West End Shows.
With top of the range P.A. and a stunning light show the band will provide you with a
breathtaking performance from start to finish."
Previous Clients Include:
The Club Abu Dhabi
Microsoft
NFL
ITV
Prudential
Cineworld
OK Magazine
Sky
GSK
Orange
Bain Capital
Campari
Armed Forces
HSJ
Virgin

"Thank you Courtier entertainment. The band were fantastic!
So many great compliments from our guests.
The set list was really varied which is exactly what we wanted, and the first dance
performance was perfect.
Thank you so much for all your help with everything before the wedding. We know
where to come next time we or any friends need a band!'
(London wedding gig)

"Wow, where do I start! The band were simply out of this world.
Completely exceeded our expectations by a long shot. Just can't believe how
amazing they were.
Can't thank you and them enough for making it a complete success. Everybody
commented on how brilliant they were.
The night went so quick we didn't even have a chance to speak with them or thank
them. I have passed on the details of the website we booked through as we had so
many enquiries about them!!
thank you so much for all your help and expertise on getting this booked and
running to plan. Super service and will definitely be back should we have another big
do."

"The band were absolutely brilliant on Saturday night! Daniel had an amazing voice
and the band played a great set. They were also very professional to deal with
arriving exactly on time and were very polite.
Please pass on our thanks and that we would be very happy to be a referee for the
band. You may well get a few enquiries from the night!

"Just a quick note to thank you for arranging the best band to play on Saturday
night. They were excellent and our guests absolutely loved them. As did we."
"I promise, you literally couldn't get people of the dance floor and we tried very hard
to convince them to stay on longer.
As well as being super professional and slick, they were also very nice to meet.
Thank you for all your help."