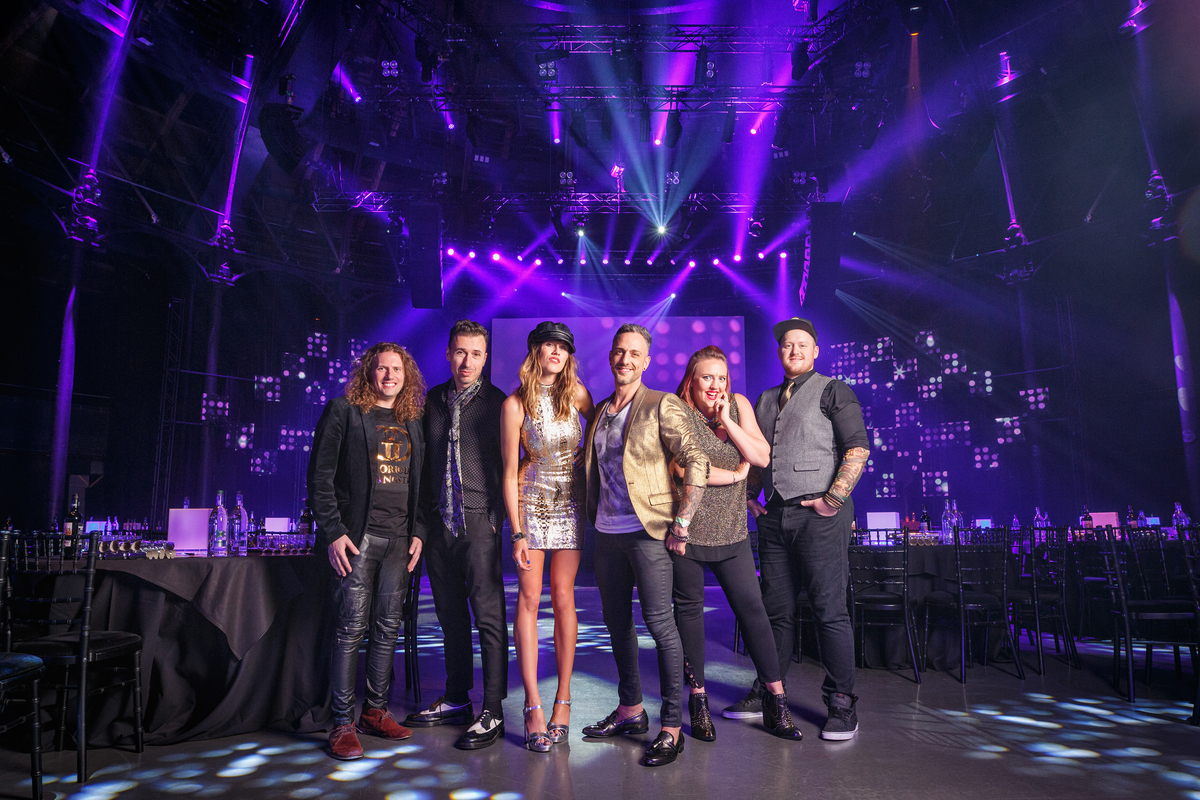 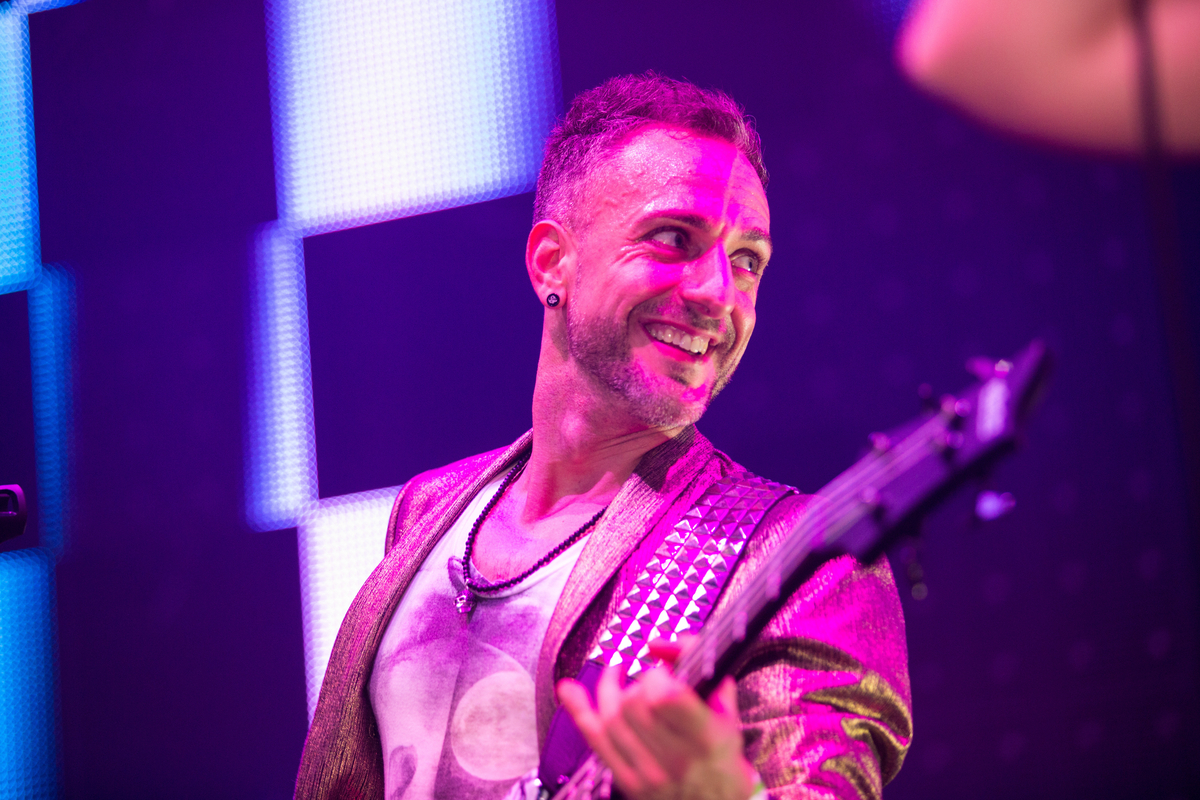 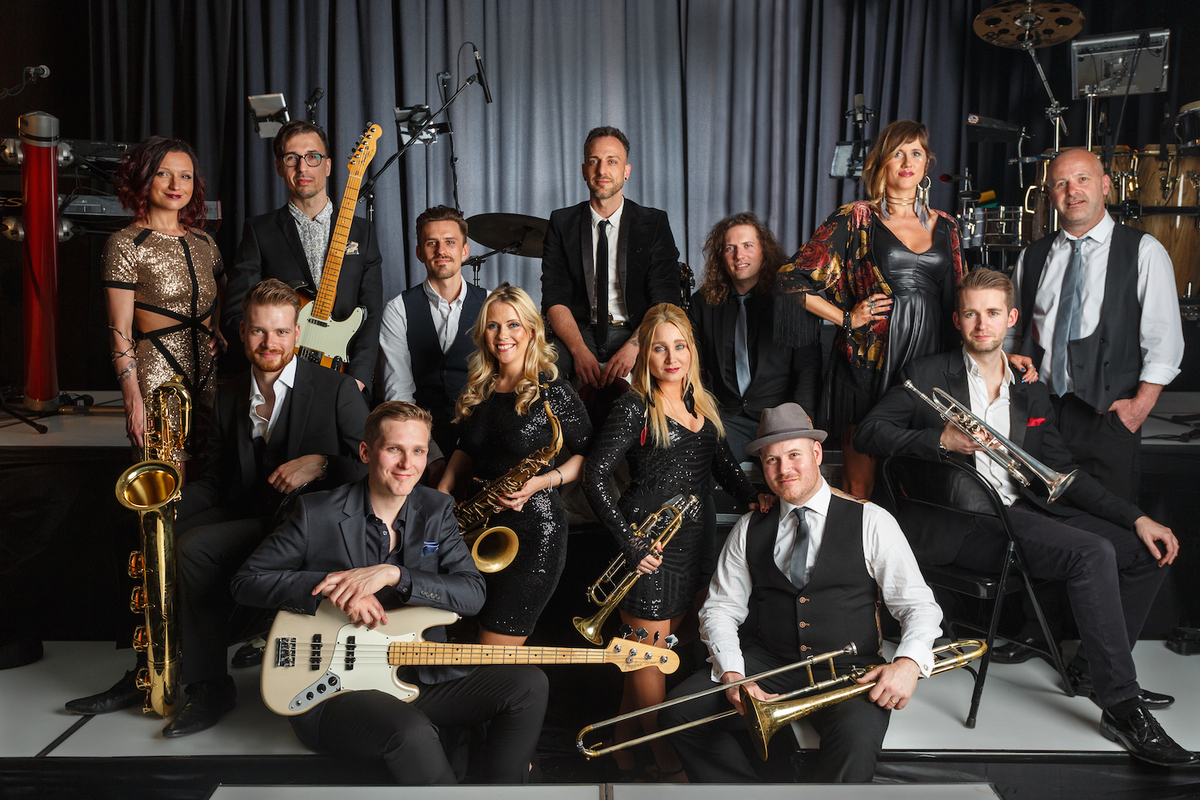 Luxor is no ordinary party band, they have an energy on-stage second to none, an ever increasing repertoire
(500 songs & growing), 5 amazing lead vocalists, different options to suit you and your event and they regularly appear around the globe at many high profile private and corporate functions. It doesn't matter how many people are attending your event, Luxor Party Band provide a live music experience like no other band.

From the stylish guitar and vocal duo or 4 piece line up to the world class 6 piece (CORE BAND) and 12
piece bands as hired by royalty and celebrities alike, this is one act that understands your event needs exceptional entertainment and an outstanding live band to ROCK your party! Regularly appearing alongside huge artists like Cee Lo Green, Nicole Scherzinger and Robbie Williams this spectacular live act pride themselves on being one of the busiest party bands on the planet, complete with 5 amazing lead vocalists, a long list of high profile clients and over 1000 gigs in the past 5 years this is no ordinary band.
With a host of first class options for your corporate entertainment or private function and
state of the art equipment bring the full concert experience to your event.

20 years after first conception and The Luxor Band are the UK's finest band for hire. They have developed an unrivalled sound and stage show, many events are from recommendations and Luxor pride themselves on being one of the busiest party bands in Europe. Coupled with extensive experience of all types of events, being anything from a function band to a wedding band, Luxor Party Band focus on entertaining. They have performed over 1000 gigs in the past 5 years and made appearances with the biggest names in the business, making Luxor the ultimate party band for hire. Along the way, members of the band have performed Forget You with Cee Lo Green, Let Me Entertain You with Robbie Williams, Jai Ho with Nicole Scherzinger and (unashamedly) Is This the Way to Amarillo with Tony Christie. They have performed with many top acts i.e. Labyrinth, Bonnie Tyler & Soul 2 Soul plus performed at many of Europe's top venues including Royal Albert Hall, Birmingham N.E.C & Wembley Arena.

ANYTHING FROM 3-12 PIECE BAND SHOWBAND

Hi Guys, Just wanted to thank you again for such an amazing night. You guys honestly blew us away and totally exceeded our expectations. Every time we talk about the wedding, we always mention how great your performance was. It was simply perfect. We truly, could not have imagined it any better. We are so grateful to have found you guys and so grateful you imagined exactly the vibe we had in our minds and were able to deliver so flawlessly. We can't thank you enough. And, as we've been racking our brains for when we can hire you again, we were certainly be in touch!!! All the best, Lauren and Scott - Wedding Reception, Lake Como

We all can't thank you enough for the truly incredible performance Saturday. From the elegantly performed music at the villa to the energy you created at Paolino with great performances and music that kept our guests on the dance floor we couldn't have asked for more. I can't tell you how many of our friends from New York said they had ever heard anything better. And our Capresse friends told us that you were the best band the island has ever seen. Since I found and selected you I'm sure you can imagine the relief I felt 15 seconds into your first song. Finally I also want to thank you for your responsiveness in the time leading up the wedding as we discussed song selection and the complex logistics of Capri. From me and Susan and Melissa and Mack, grazie mille.
(Wedding Reception, Capri Italy)

Please pass on our huge thanks for the party band for Charlotte and Charlie's wedding last Saturday. They were totally amazing,we could not have wished for more. They were brilliant coming and setting up earlier in the day, that made so much difference. The music was totally perfect for all the different age groups and the dance floor was alive all evening, the party really was magical they created so much atmosphere and really got everyone dancing together. They were all utterly brilliant, many many thanks to all. with best wishes

Jazz
A Night In Tunisia
All Blues
All By Myself
All Of Me
All The Things You
Are Anthropology
April In Paris
Autumn Leaves
Beyond the Sea
Blue Bossa
Blue In Green
Blue Monk
Call Me Irresponsible
Come Fly With Me
Dancing On The Ceiling
Dolphin Dance
Don't Get Around Much Anymore
Dream A Little Dream Of Me
Freddie Freeloader
Fly Me To the Moon
God Bless' The Child
Have You Met Miss Jones?
Here's That Rainy Day
How High The Moon
I Love You
I Wish I Knew How
It Would Feel To Be Free
In A Sentimental Mood Or
Is You Ain't (Ma' Baby)
It Don't Mean A Thing (If It Ain't Got That Swing)
Limehouse Blues
Lullaby Of Birdland
Mack The Knife
Maiden Voyage
Misty Mood
Indigo
Mr Bojangles
Mr. P.C.
My Funny Valentine
My Way
Night Train
Oleo One Note Samba (Samba De Uma Nota So)
Ornithology
Out Of Nowhere
Quiet Nights Of
Quiet Stars (Corcovado)
Satin Doll Sidewinder
Song For My Father
Stella By Starlight
Straight No Chaser
Take Five Take
The 'A' Train
That's Amore
The Girl From Ipanema (Garota De Ipanema)
Well You Needn't (It's Over Now)
When I Fall In Love
You Are The Sunshine Of My Life