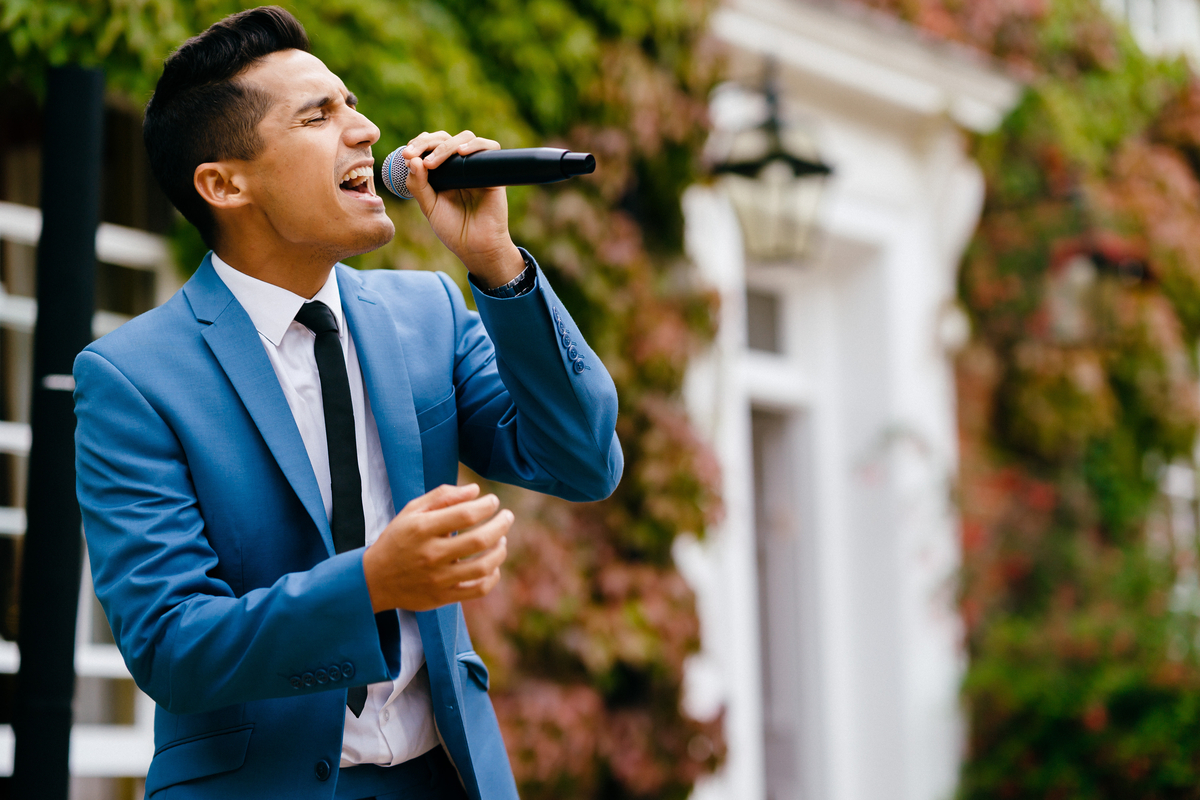 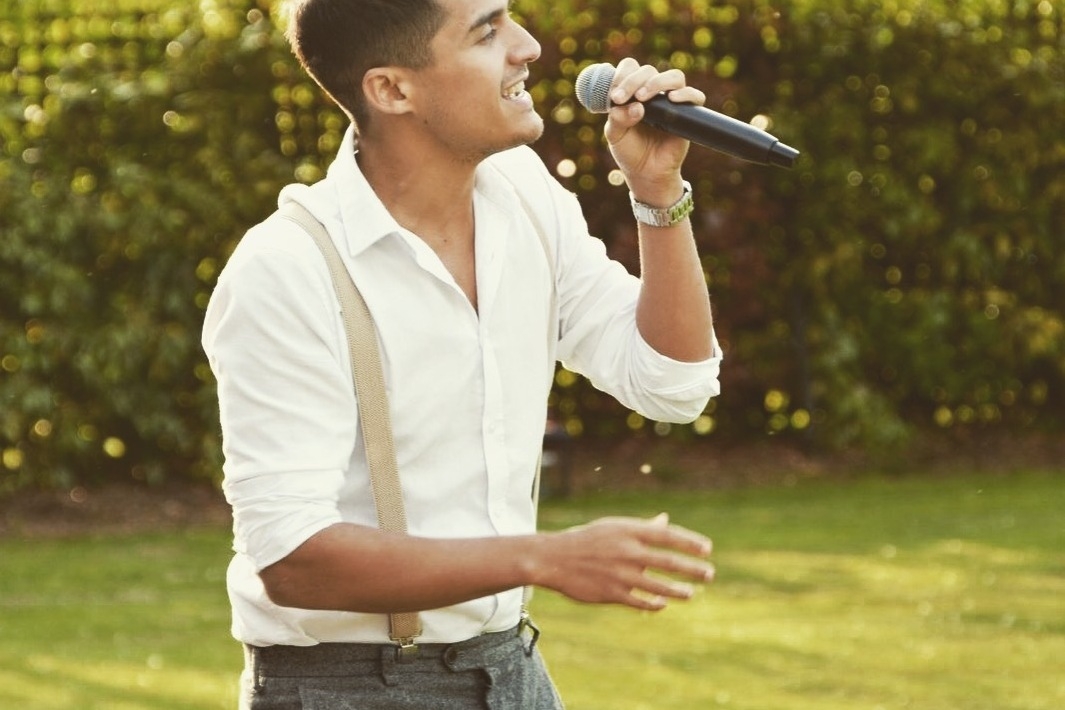 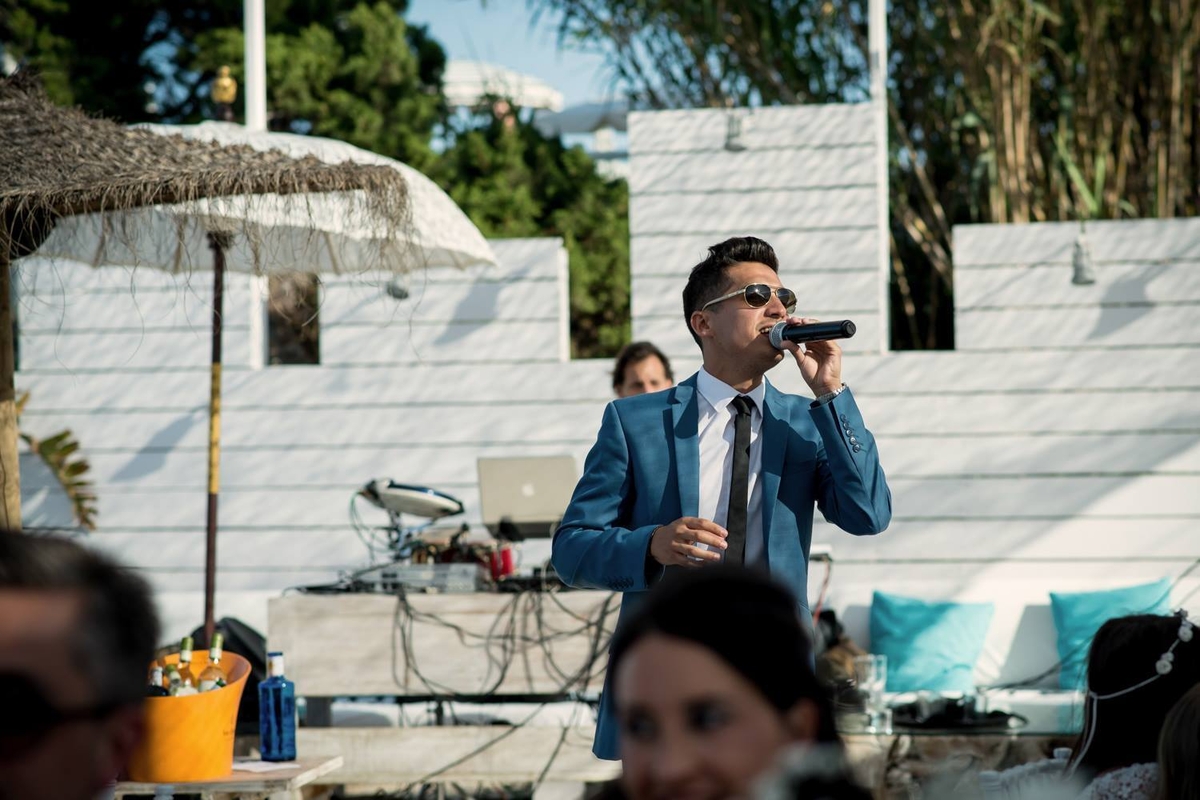 From music selection, to arrangements, to performance, to attire, everything about Idreiss oozes class and professionalism. He gives your function the most incredible atmosphere infused with the utmost elegance and sophistication.

Idreiss performs a wide variety of styles and genres such as chart, soul, funk, Motown, RnB, swing & classic hits, he therefore appeals to all audiences of a variant age group.
As well as building up a reputable name as a professional musician, Idreiss has built up a solid network of clientelle and a loyal following.

Idreiss performs at some of the UK's most exclusive venues and hotels including Kensington Roof Gardens, The Dorchester Hotel, The Ritz, Claridges, The Grosvenor Hotel, Lords Cricket Stadium, The Langham Hotel, The Rosewood, Hilton Hotel group and The W Hotel Group to name a few and many prestigious clients including American Express, Cancer Research Uk, Heart FM, Cannes Media Festival, John Lewis and Fred Olsen, the list is endless.

Idreiss also loves to travel and is honoured to have been part of some incredible functions in the most stunning locations worldwide including St Lucia, Amalfi Coast, Lake Como, Cannes, Dubai, Tel Aviv, Spain, Santorini, Portugal and Cyprus.

How Deep Is Your Love - Courtier Music from Twenty Six Films on Vimeo.

SOLO THROUGH TO FULL BAND LINEUP

"We were delighted to bring Idreiss and his fantastic band to a major car company awards event for two years in succession. He's an absolute pro and takes every step to ensure everyone is delighted."
(Ford gig)

"I cannot thank Idreiss and the guys enough for making it to our wedding in Mallorca with minutes to spare after their flight was cancelled! Idreiss and the band performed all of our wedding music, from the ceremony, canapés, wedding breakfast and after party and I cannot put into words how great they were!! They got everyone up dancing and our wedding would not have been the same without them!"

"We had Idreiss perform at our wedding in Santorini and I could not be happier. 100% recommended. Not only myself and my husband but all our guests commented on how amazing and talented he is. I cannot thank him enough for making our day even more special Thank you so much
(Santorini gig)

"Well well well, what can we say about Idreiss and the band. These guys were without question the easiest part of the wedding to organise. Since booking the band the communication was second to none, whenever I had a query or needed to discuss any logistics/requests/equipment Idreiss would always respond right away. They were absolutely worth every penny. On arrival these guys were personable and friendly and blended in with our guests so well. Then we come to the music and the opening number. We had asked Idreiss to re-arrange a song to make it suitable for our slow dance starting soft and then transitioned into an up tempo track for our guests to join the floor. Well, they absolutely smashed it! We couldn't have been happier. We hadn't really given any idea of a playlist for the whole weekend but had asked Idreiss to read the crowd and make the party happen! Again they delivered on every front here. We went from a civilised dance to a full on party without any noticeable transition, of course Idreiss' voice hitting every note. We also had a couple of musicians in our party and the band got them up on stage to perform songs of their choosing without hassle. We couldn't have been happier with the whole performance. A huge thank you to Idreiss and the boys of Courtier Music our wedding wouldn't of been the same without you! Much Love"
(Portugal gig)

Thank you so much to Idreiss for making our wedding on Saturday so special!
We met Idreiss at a wedding last year and we both were blown away at his performance and charisma!
I booked Idreiss as a surprise for Kelly and got a special ticket made to be given to her on the morning of the wedding. Idreiss was very quick with responses and was very helpful throughout the whole process!
As for the night itself Idreiss was amazing! He got our dance floor bouncing and so many guests said to us how much they loved him!
Thank you Idreiss for making our day so special and we hope to see you again down the line!
(Suffolk gig)

Ain't No Mountain High Enough - Marvin Gaye
Ain't No Stopping Us Now - Mcfadden & Whitehead
All Night Long - Lionel Richie
Celebrations - Kool & The Gang
Dancing On The Ceiling - Lionel Richie
Dock Of The Bay - Otis Redding
Easy - Lionel Richie
Fantasy - Earth Wind & Fire
For Once In My Life - Stevie Wonder
Get Down On It - Kool & The Gang
Give Me The Night - George Benson
Higher & Higher - Jackie Wilson
I Want You Back - Michael Jackson
Just My Imagination - The Temptations
Kiss By A Rose Seal
Let The Music Play - Barry White
Let's Get It On - Marvin Gaye
Let's Stay Together - Al Green
Love Train - The O Jays
Mambo No 5 - Lou Bega
Master Blaster - Stevie Wonder
My Girl - The Temptations
Never Give Up On A Good Thing - George Benson
Never Too Much - Luther Van Dross
September - Earth Wind & Fire
Signed, Sealed, Delivered - Stevie Wonder
Stand By Me - Ben E King
Superstition - Stevie Wonder
Who's Loving You - Michael Jackson
You To Me Are Everything - The Real Thing
You're My First, Last, My Everything - Barry White
Popular & Dance Covers

R&b Covers
Adorn - Miguel
All Of Me - John Legend
Back At One - Brian Mcknight
Because Of You - Neyo
Closer - Neyo
Get It On Tonight - Montell Jordan
Grenade - Bruno Mars
Hold On - Drake
I Need A Dollar - Aloe Blac
In The Still Of The Night - Boyz Ii Men
Let Me Love You - Mario
Let's Get Married - Jagged Edge
Maria Maria - Santana
Nice And Slow - Usher
No Games - Serani
No Letting Go - Wayne Wonder
Ordinary People - John Legend
Re-wind - Craig David
Remind Me - Usher
Seven Days - Craig David
Shine Like A Star - Aswad
This Is How We Do It - R.kelly
Turn Me On - Kevin Little
Two Can Play That Game - Bobby Brown
Uk Garage Medley
Vibe - R.kelly
Walking Away - Craig David
We Found Love - Rihanna
Wifey - Next
Rock Covers